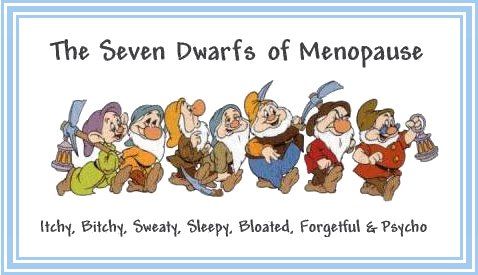 It started innocently enough back in the winter of 2011.

One night I crawled into bed and laid on my back, which had become the favored sleeping position in middle age. Within a couple of minutes I noticed my heart started fluttering, as if there were a butterfly trying to find its way out. It also felt like my heart was beating faster than normal. It only lasted a couple of minutes, so I chalked it up to having eaten something that contained caffeine.

But, it continued and only occurred at bedtime, when I would lie flat on my back. The episodes would occasionally skip a night, but were consistent enough to cause concern. I’m not one to call the doctor for every little ache or pain; however, growing older has given me a greater appreciation for good health. I’m determined to hang on to it as long as possible.

And that means not ignoring your body when it’s trying to tell you something. So, I called the doctor and had an examination within a couple of days. He asked a lot of questions and did an EKG that showed a slightly abnormal arrhythmia. He assured me that this often happens as we age and could mean that menopause was approaching. As a precaution he ordered tests to make sure it wasn’t a sign of something more serious.

I ended up having an echocardiogram, stress test, and  wore a Holter monitor for 24 hours. Fortunately, all came back normal. The only exception was that my heart rate increased too rapidly when I started walking on the treadmill. The attending cardiologist told me this was a sign that I needed to exercise more (go figure.)

Shortly after the tests I began experiencing hot flashes. This confirmed my doctor’s suspicion that I was entering perimenopause, the period before actual menopause begins. For those of you who weren’t aware, there are three stages to the Change: before, during and after.

I used to think this was a cruel way for Mother Nature to torture us girls even further. It wasn’t enough to endow us with our monthly “Ladies Days” that can easily span 45 years, give or take. But, when we finally reach the end it has to be dragged out for another five or so years!

Aside from the rapid, fluttering heartbeat, there’s a bevy of other symptoms, thanks to the fluctuating hormone levels. They can continue through all three stages, depending. These symptoms and their intensity vary from woman to woman and is the stuff of many jokes (see memes above.)

In the beginning, I viewed it as a nuisance and another hardship for the female gender to bear. However, as I made my way through the mood swings and power surges, I started to see it more as a rite of passage, rather than something I had to “get through.”

Despite the disadvantages of a being a woman, I’m glad I am one. It gave me the opportunity to experience pregnancy and childbirth, something that changed my life in a very positive way. While I didn’t appreciate it at the time, it taught me a lot about myself. Everything I did, every sacrifice I made in raising my kiddos really defines who I am as a person. They made me become my very best self and I couldn’t have had them without a uterus!

Which brings me to the point about embracing the change. When I was 13 years old I underwent the first change that bestowed the privilege of child-bearing. As I recall that transformation wasn’t especially fun either. But it set the stage for an amazing experience called motherhood. 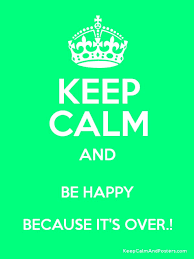 Fast forward 37 years and I entered the next change that would ultimately end my ability to bear children. While the transition was (once again) somewhat uncomfortable, there is an upside. The Ladies Days and all it entails is over…no more worries about if, when, and do I have a spare tampon on me? No more cramps, bloating, fatigue, etc. Truly the end of an era!

And just like they retire the numbers of famous athletes, we retire our ability to procreate the next generation (where’s my jersey?) In retrospect, having that ability was an honor, one that deserves a celebration! Of course, that’s easy for me to say now that I’m post-menopausal.

So, as I celebrate this rite of passage and it’s conclusion, what is the next great adventure?

Grandparenthood, of course…like parenthood without all the work!

12 thoughts on “Embracing The Change”